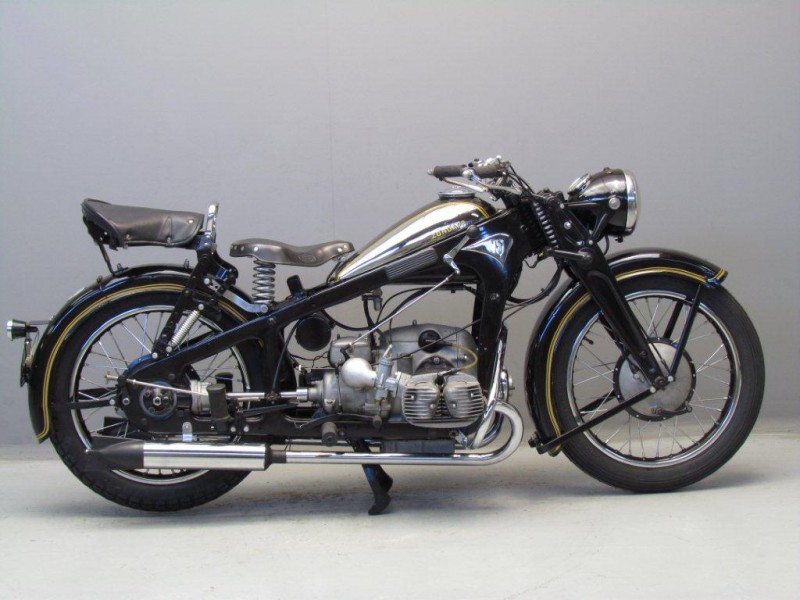 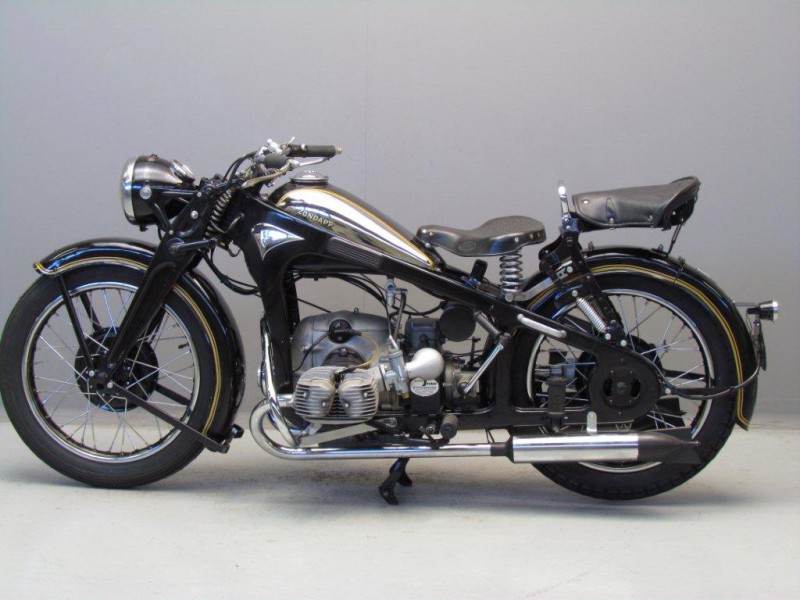 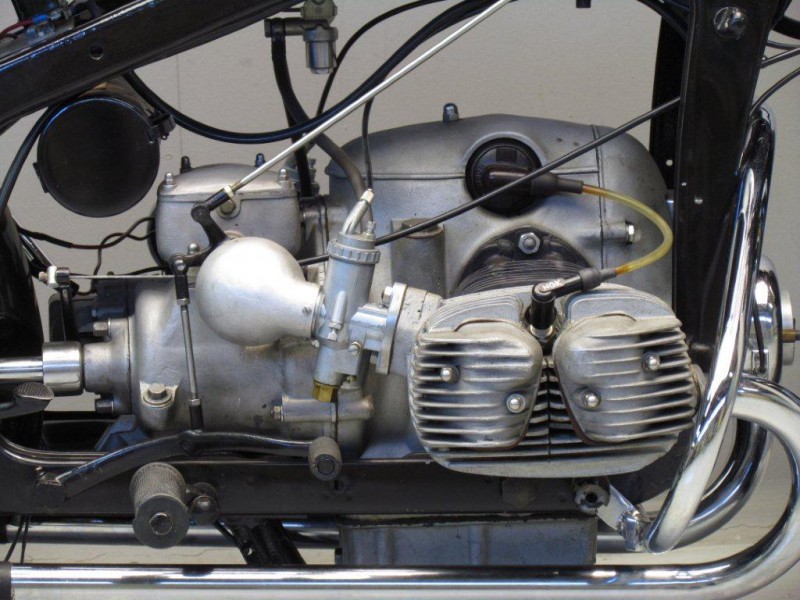 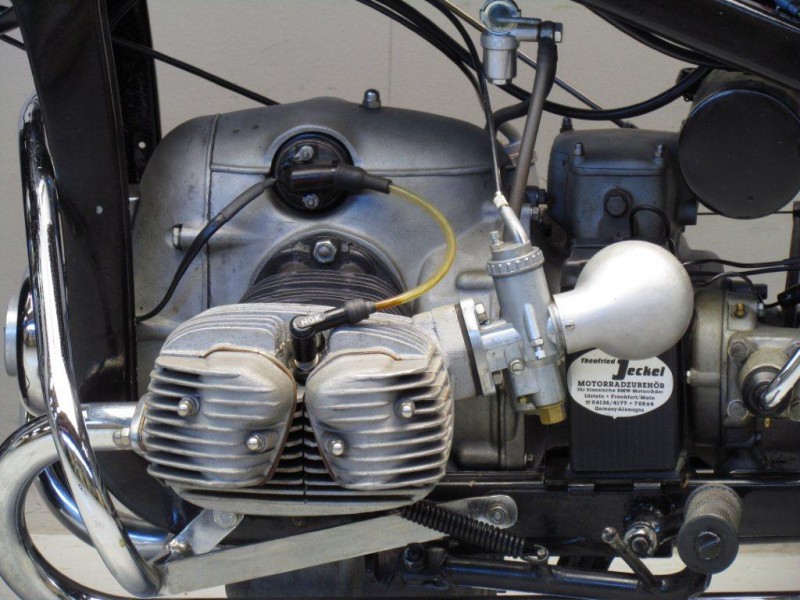 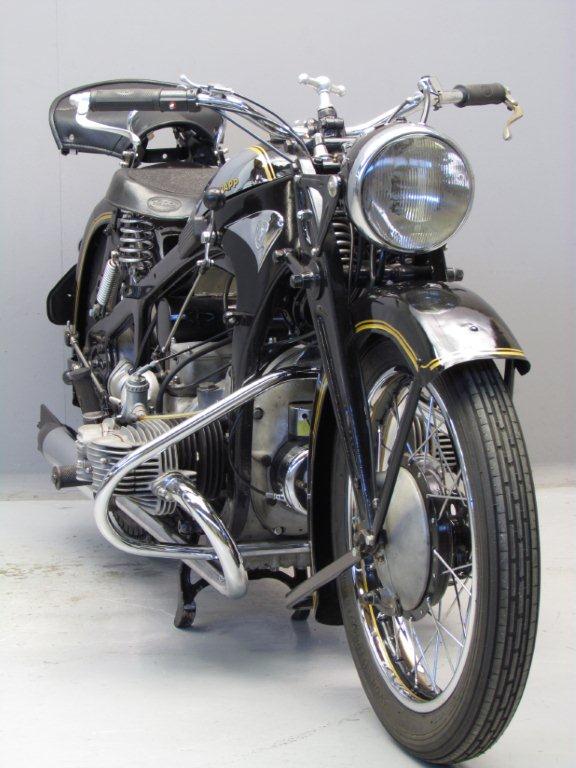 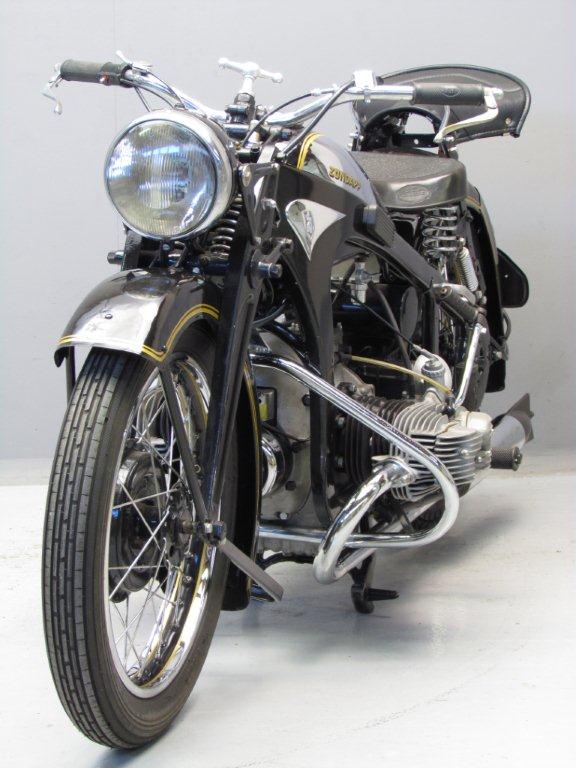 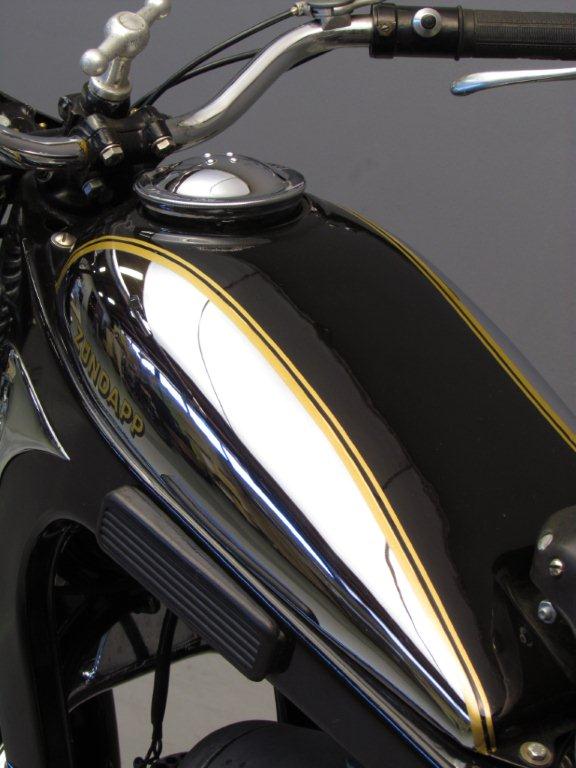 The Zündapp story began in 1917.
The Nuremberg  firm was  founded by Dr. Fritz Neumeyer and Friedrich Krupp.
The early models were  211 and 246 cc two strokes that quickly earned a reputation for economy and reliability.
In 1930 the first four stroke model was brought out, powered by a  British Rudge Python engine.
In 1933 it was announced that 100,000 Zundapps had been produced.
At the 1933  Berlin show the new K series ( K standing for Kardan or shaft drive ) was introduced.
The range was designed by the famous Richard and Xaver Kuchen and it consisted of two stroke and four stroke models which all had pressed steel frames and shaft drive.
The KS 500 was produced from 1936 till 1938.
The engine produces 24 HP @ 5200 RPM.
This KS500  Zündapp, the overhead valve version of the K500 side valve model, is a very well running example of the bigger Zündapps.
This 500cc OHV model produces significantly  more engine power than its 500cc side valve sister.
It is an older restoration and still very presentable.
This is the norm for “ Deutsche Gründlichkeit “ or German craftsmanship.