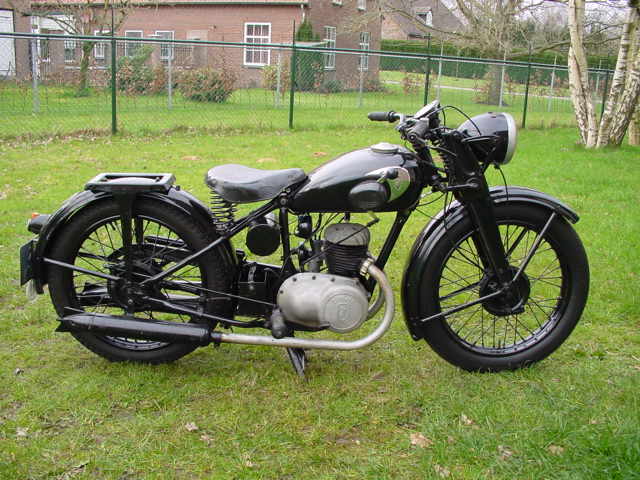 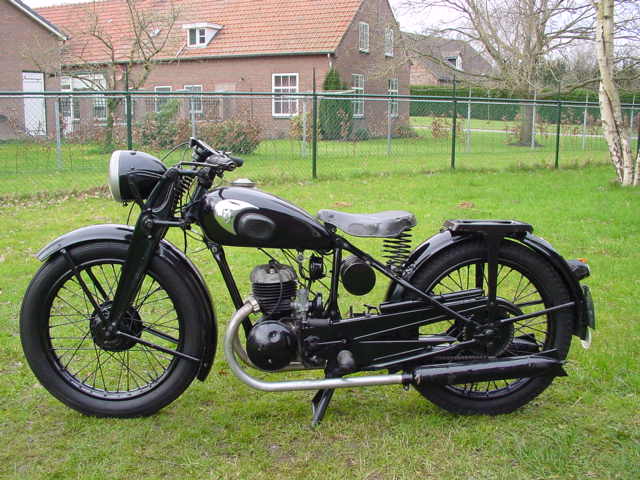 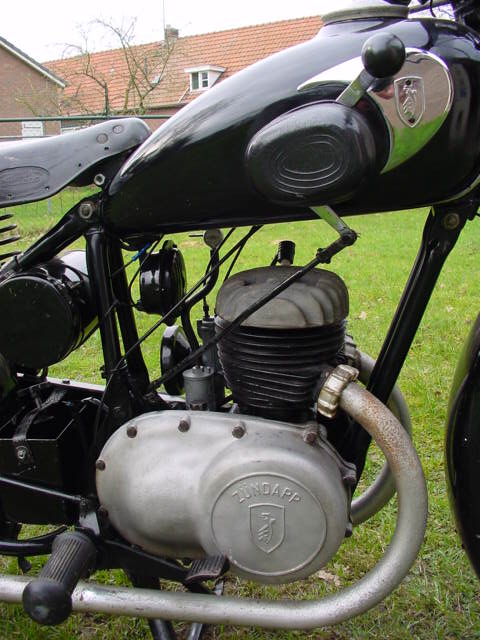 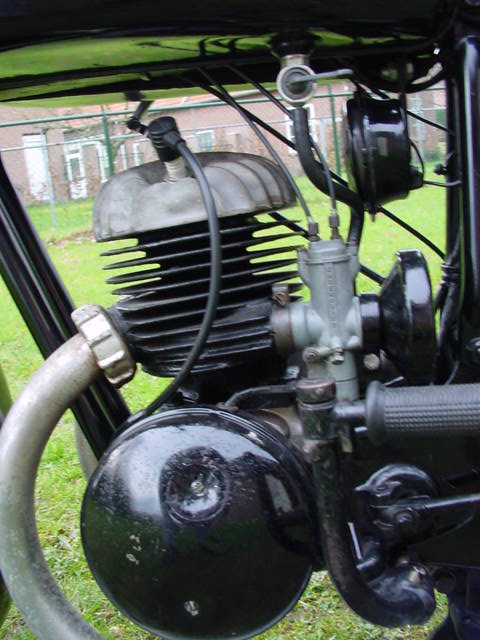 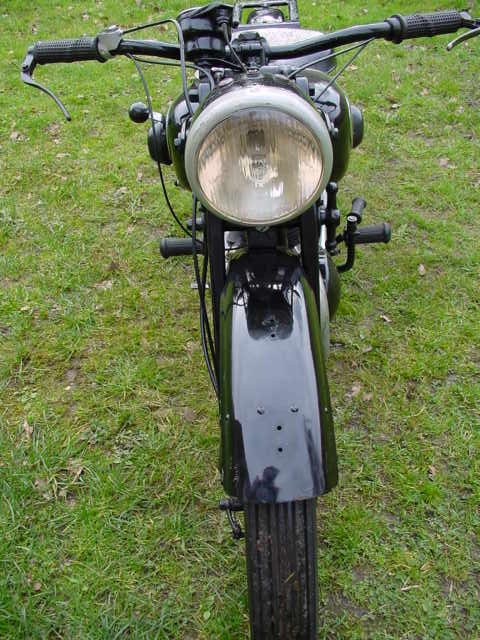 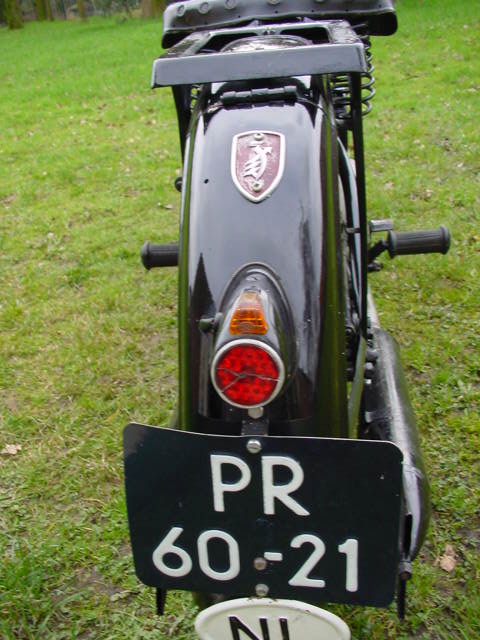 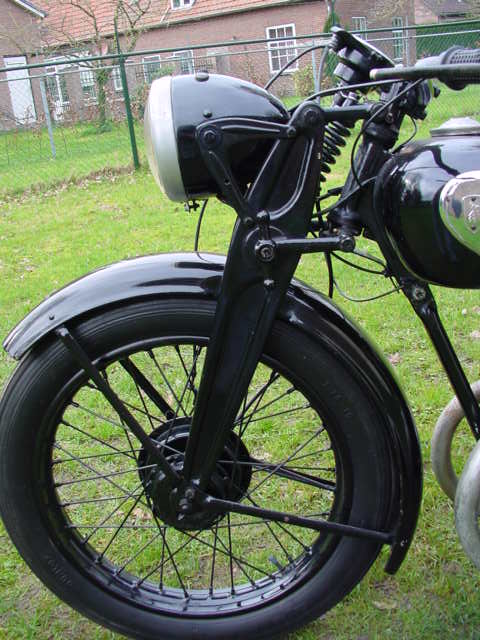 Zündapp motorcycles were produced in Germany  between 1917 and 1984.
The early models had  three port 2-stroke engines which soon earned a reputation for reliability.
From 1930 on also four stroke engines were used. By 1933, 100,000 machines had been produced.
This model DB 200 was the lightest model in the range.
It was designed as a sturdy, economic and easy to maintain machine.
The engine develops 7 HP at 4000 rpm, compression ratio is 1:6 and at a cruising speed of 60 km/h the engine turns a healthy 3100 rpm. Top speed is about 80 km/h, fuel consumption circa 2 ½ litres per 100 km.
This is an affordable machine ideally suited for vintage runs.
This DB 200 is in good condition and has a Dutch registration.