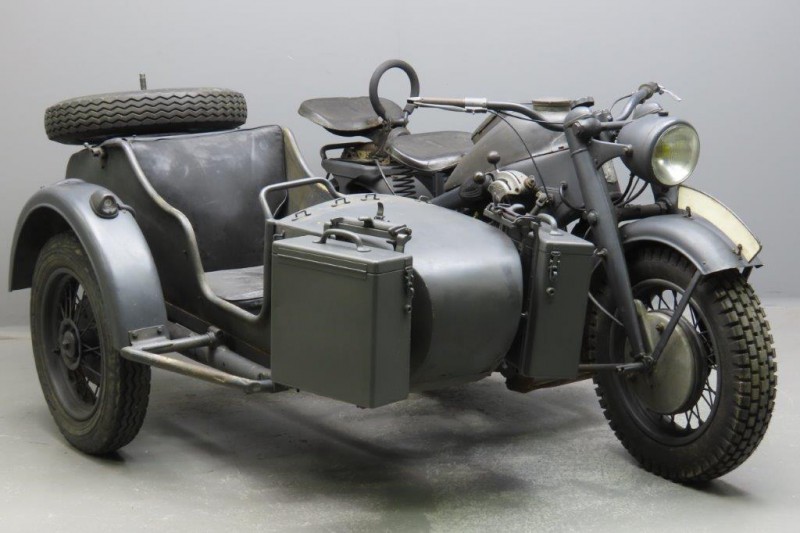 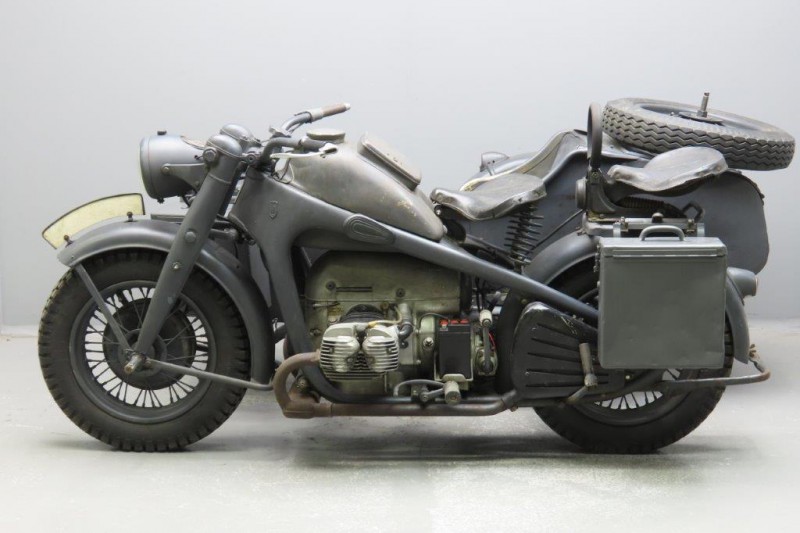 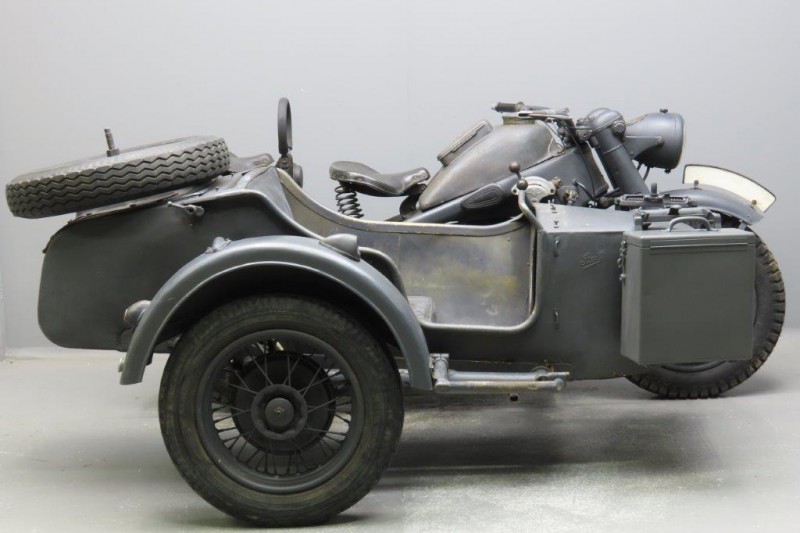 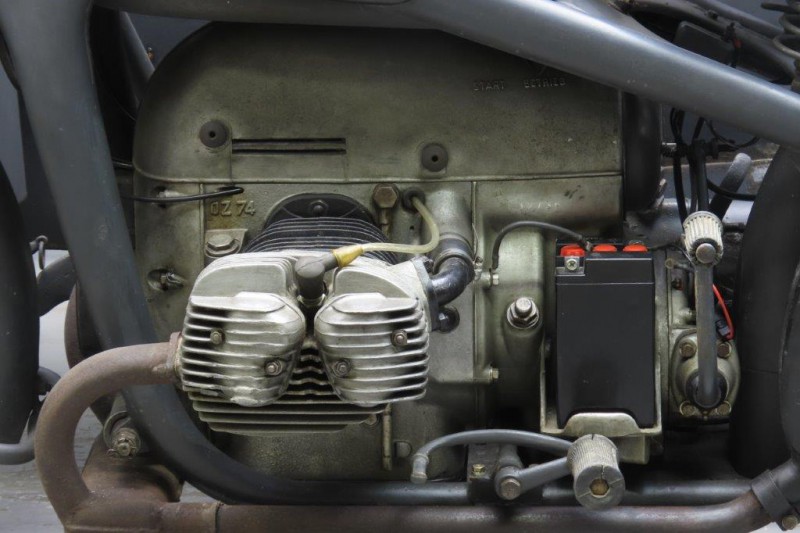 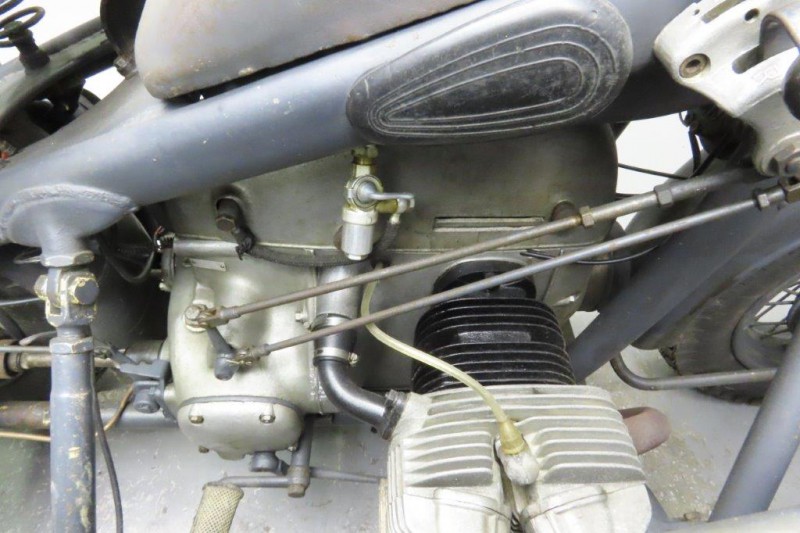 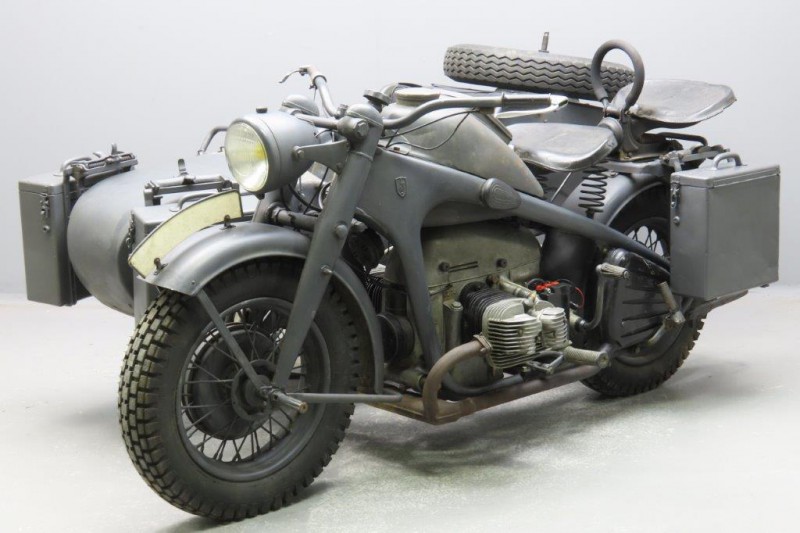 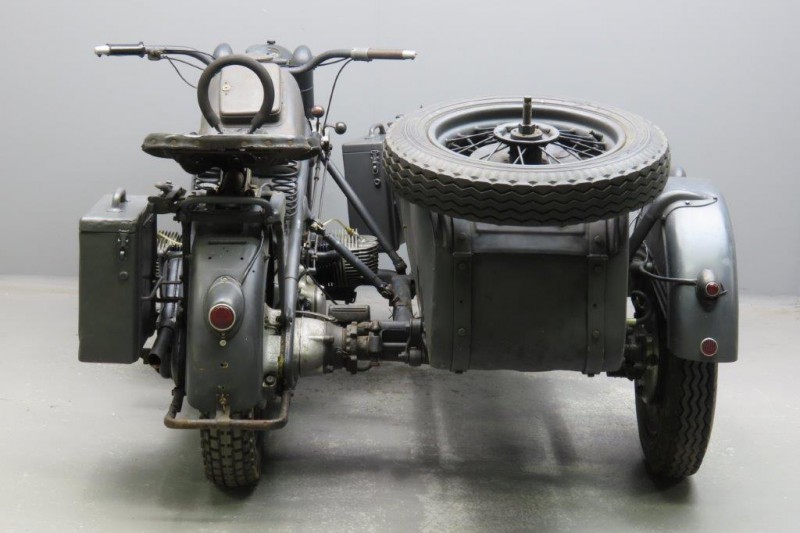 Zündapp’s first overhead-valve twin, the KS600, appeared in 1939 and would provide the basis for the KS750.
Developed specifically for service with the Wehrmacht, the KS750 motorcycle combination featured shaft drive to the sidecar’s wheel, eight-speed dual-ratio transmission, reverse gear, hydraulic brakes and interchangeable wheels.
Practically spoken the KS 750 isn’t a flat twin; to get sufficient ground clearance the cylinders were placed 5 degrees upward.
The machine was constructed very sturdily and many parts were interchangeable with its BMW R75 sister model.
Production started in 1941 and that year less than 300 were built, so this early survivor must be pretty rare.
During WW2 the KS750 saw service on every front, its production outstripping that of the BMW R75 with some 18,600 built before production was discontinued in 1944.
Reason for this discontinuation was the introduction of the Kübelwagen, the German Jeep, in 1943.
This vehicle turned out to be half as cheap in production costs so the motorcycle combinations were phased out.
The KS750 weighs a hefty 400 kg and can carry an extra load of 420 kg.
It is shod with 4.5 x 16 tyres and the petrol tank holds 23 litres.
Bore x stroke comes to 75 x 85 mm and the compression ratio is 6.2:1. Top speed would amount to 95 km, cruising speed 80 km with full load.
This authentic and unspoilt grey specimen was restored some thirty years ago and has seen little use since.
It’s actually one of the best we’ve seen.
The machine was very complete and in remarkable state before restoration and hardly any non-original parts had to be used.
She comes with ammunition cases, spare wheel, pillion seat and current registration documents.