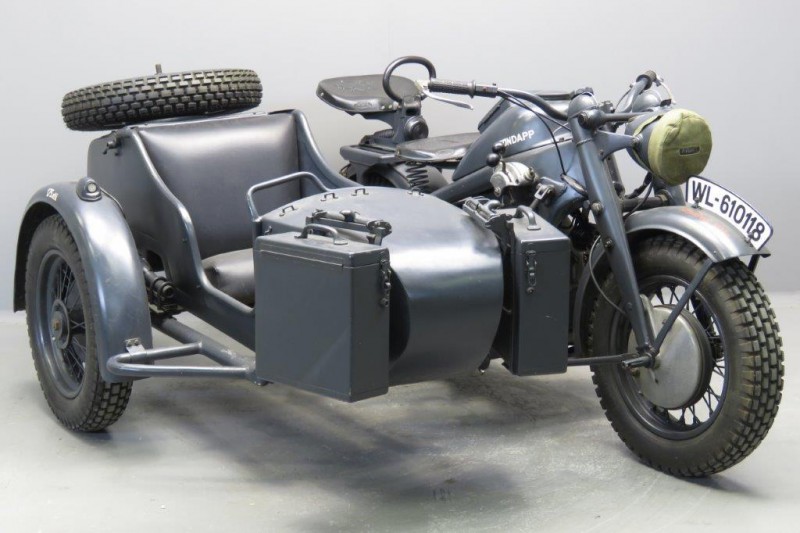 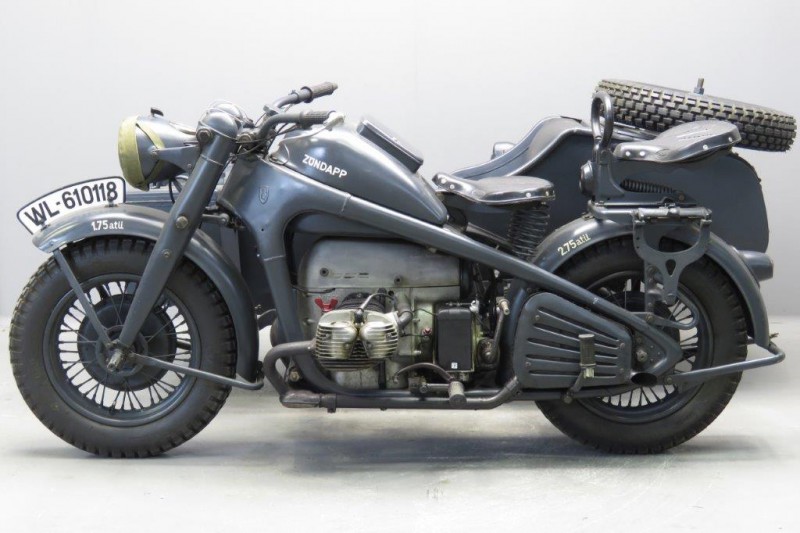 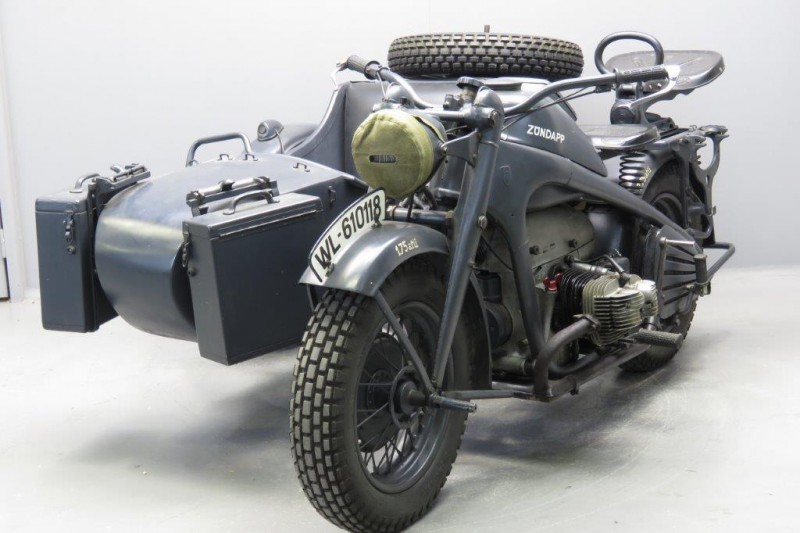 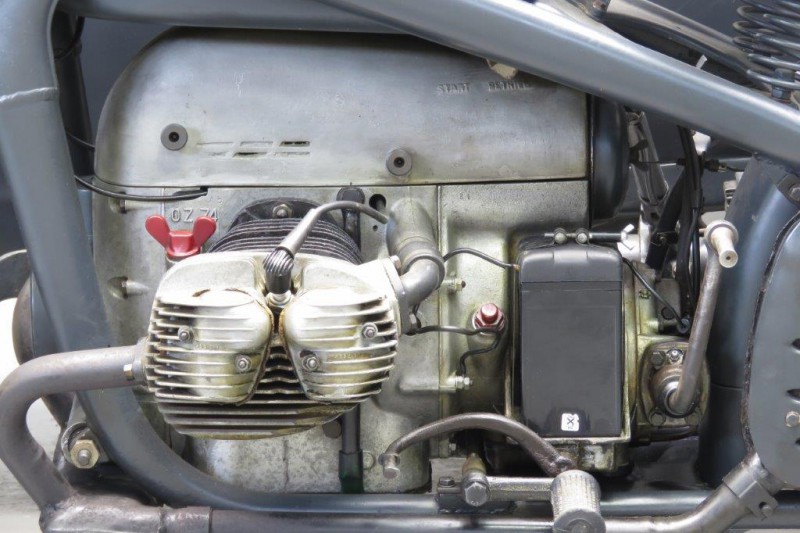 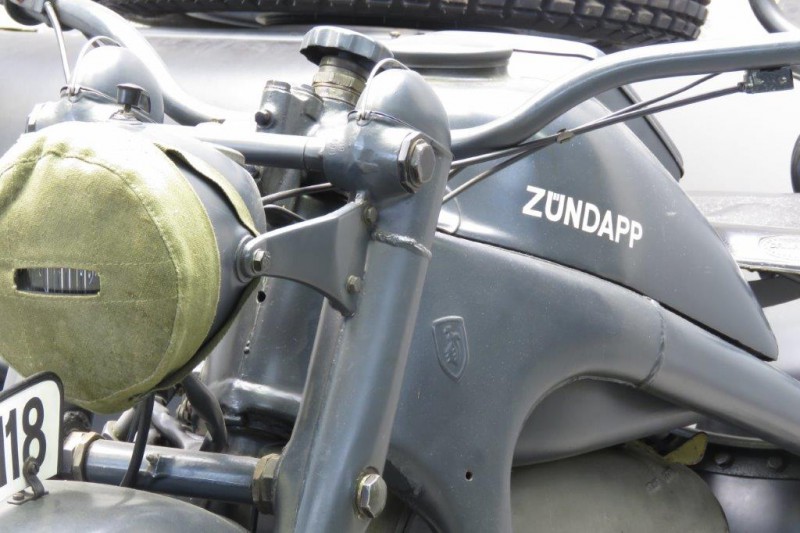 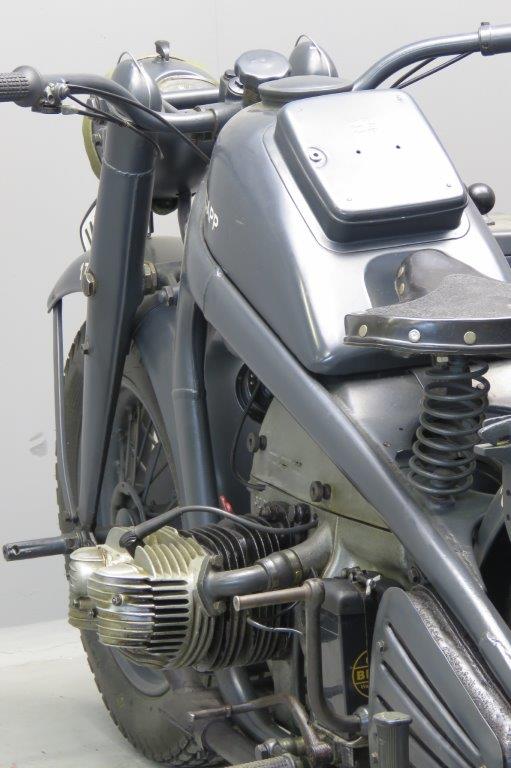 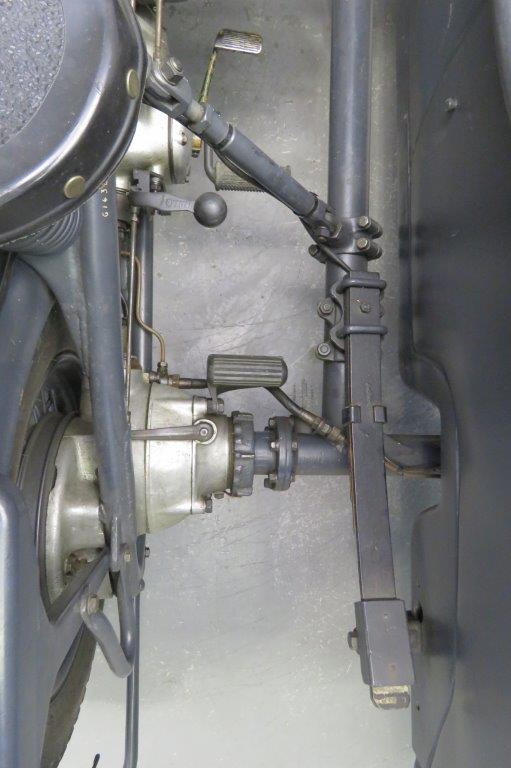 If there were ever a contest to determine the toughest motorcycle built, this military-spec Zundapp would definitely be in the running.
It was designed to run across the boiling Sahara desert, the frozen expanses of wintertime Russia, the rocky mountains of the Balkans.
It had a grunty 750cc flat-twin engine powering both the rear and the sidecar wheel, with a locking differential when the going got seriously tough.
This example has been finished in the grey. It has the eight-speed dual-ratio transmission, reverse gear, ammunition cases, spare wheel, etc. Presented in perfect running order, the machine benefits from a recent service and is in very good condition.
This combination has EU registration documents.