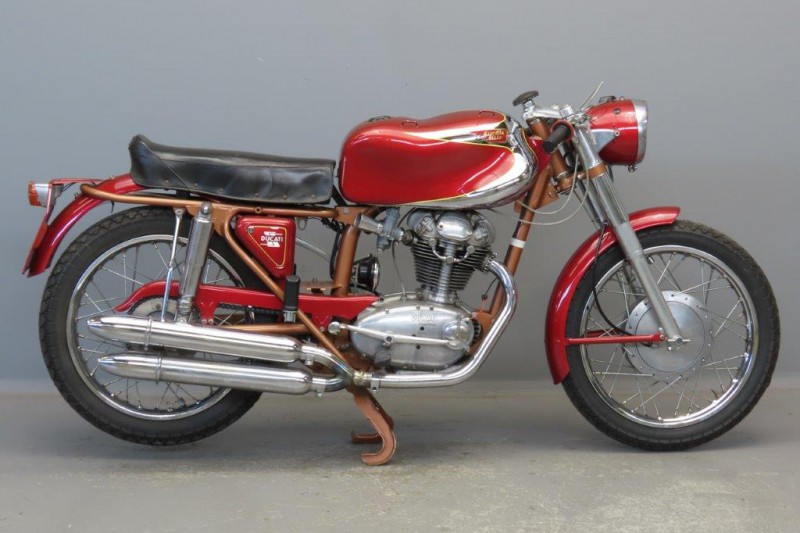 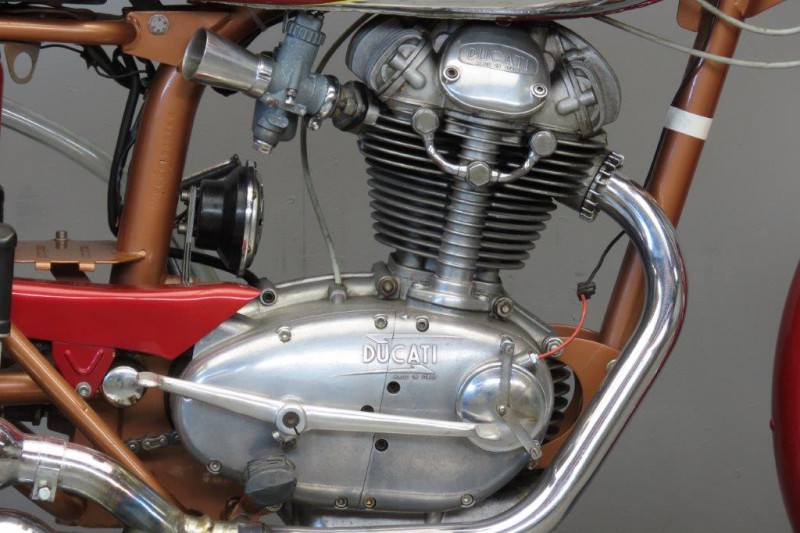 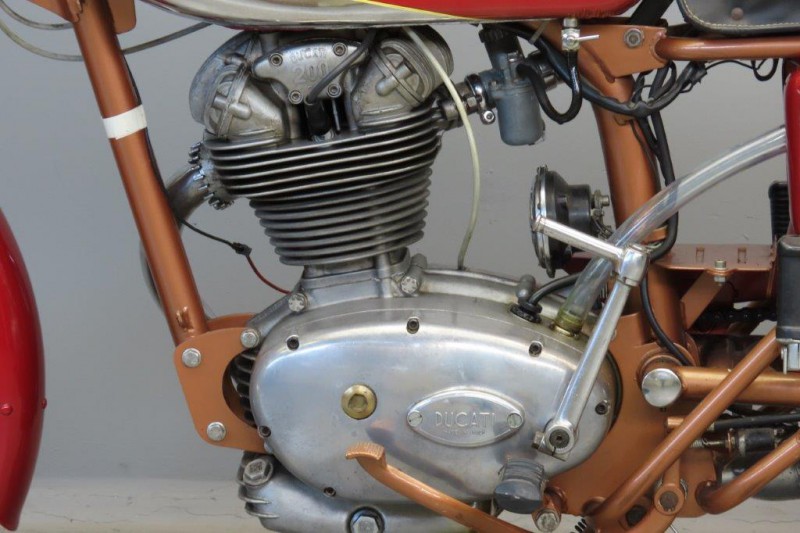 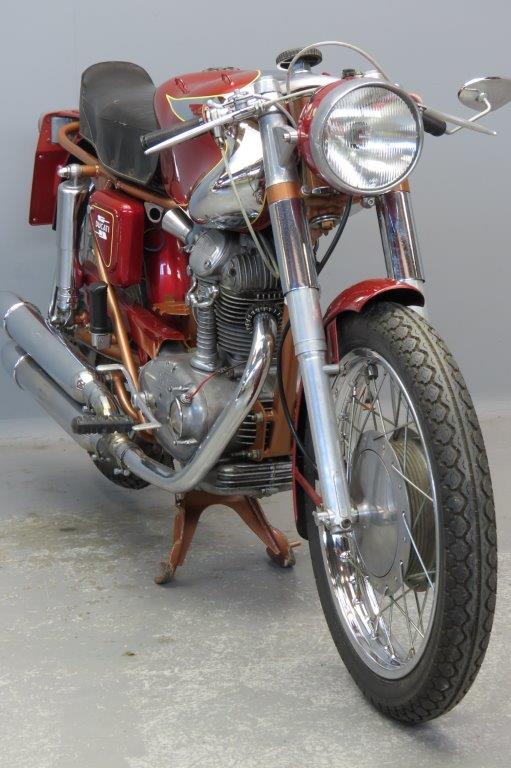 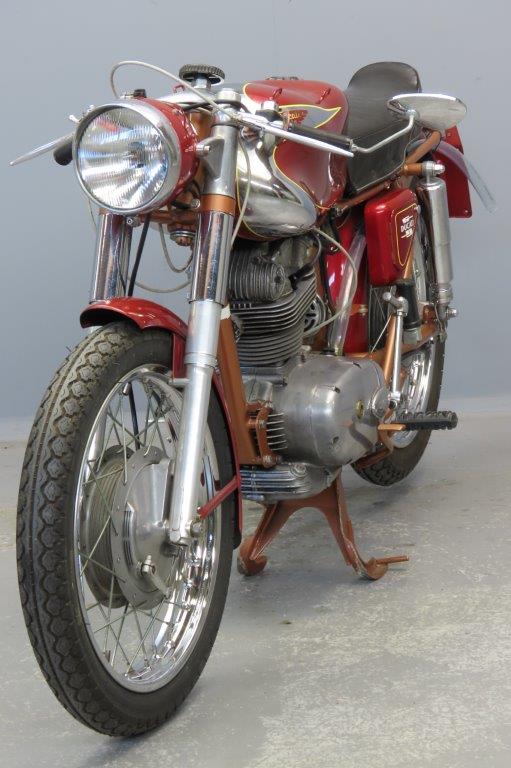 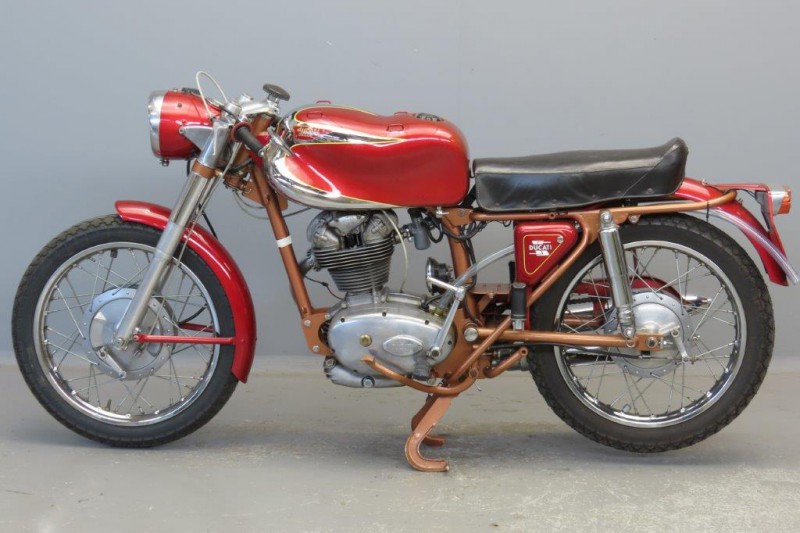 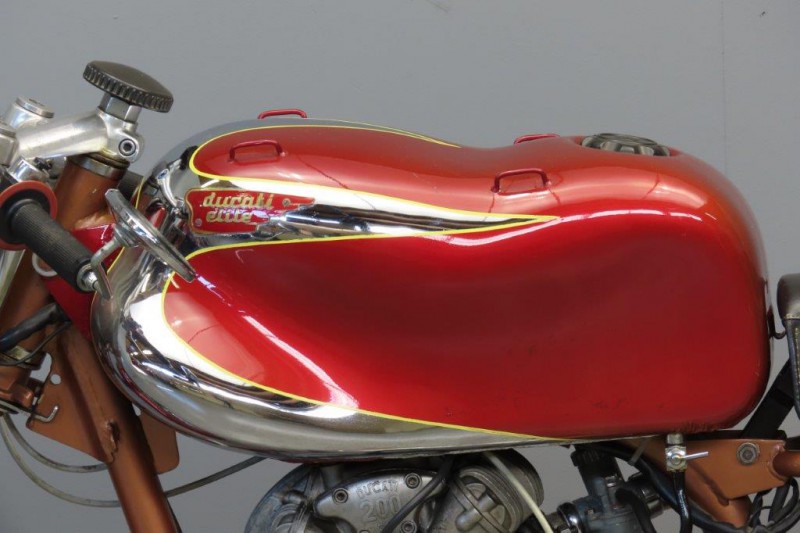 In 1926 an Italian named Antonio Cavalieri Ducati and his three sons founded a company in the name of Società Scientifica Radio Brevetti Ducati in Bologna to produce vacuum tubes, condensers and other radio components.
The family built Ducati into a reasonably successful business. Heading into the second world war, the company maintained production despite the factory being a repeated target of allied bombing.
The first Ducati motorcycle was a 48 cc bike weighing 44 kg, with a top speed of 64 km/h.
In the 1950s Ducati was split into two entities, Ducati Meccanica SpA and Ducati Elettronica, in acknowledgment of its diverging motorcycle and electronics product lines.
The Elite was considered one of the greatest lightweight sports bikes of the 1950s and 1960s.
It was powered by a single cylinder OHC engine driving through a four speed gearbox.
The model was introduced in 1959 and was developed by boring the 175cc engine by 5 mm, to a capacity of 204cc.
Top speed could be stretched to 87 mph and the 245-pound Elite generated 18 horsepower at 7,500 rpm. Notable features were the distinctive scalloped petrol tank and the dual mufflers, inherited from the 175cc predecessor.
The engine of the Elite proved practically unbreakable whether it was being raced or merely ridden hard.
Good examples of the 200 Elite are hard to find these days, as most owners like to keep them and ride them.
They are also welcome entrants at numerous vintage events.
The bike on offer here is a well-preserved older restoration. She runs like clockwork and will certainly gain admiring glances whether on the road or in the show field.