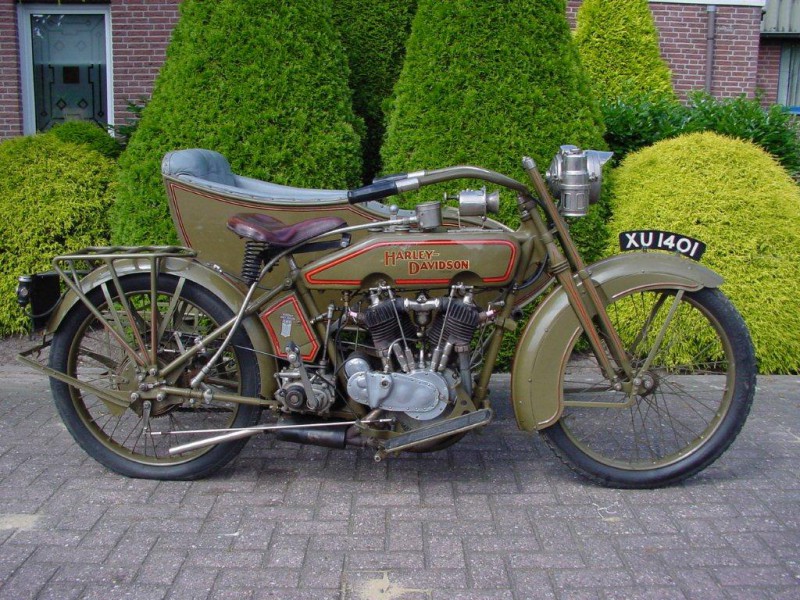 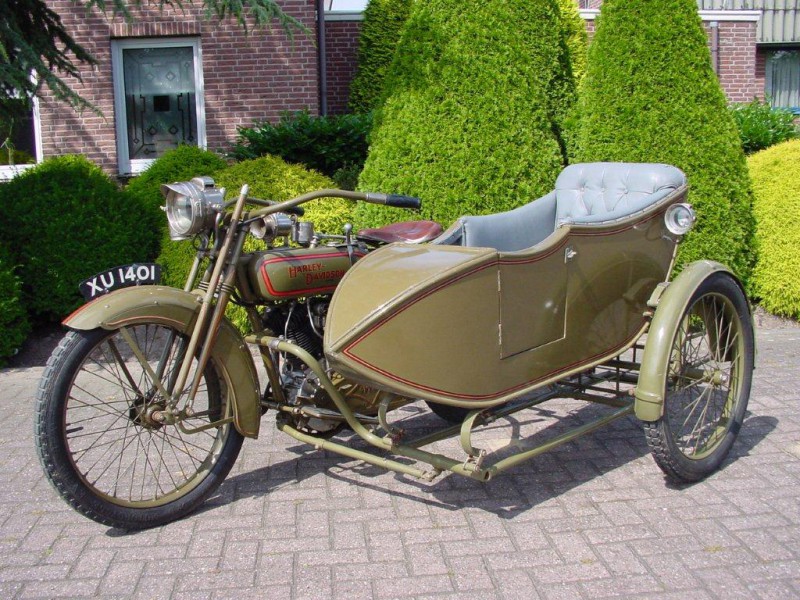 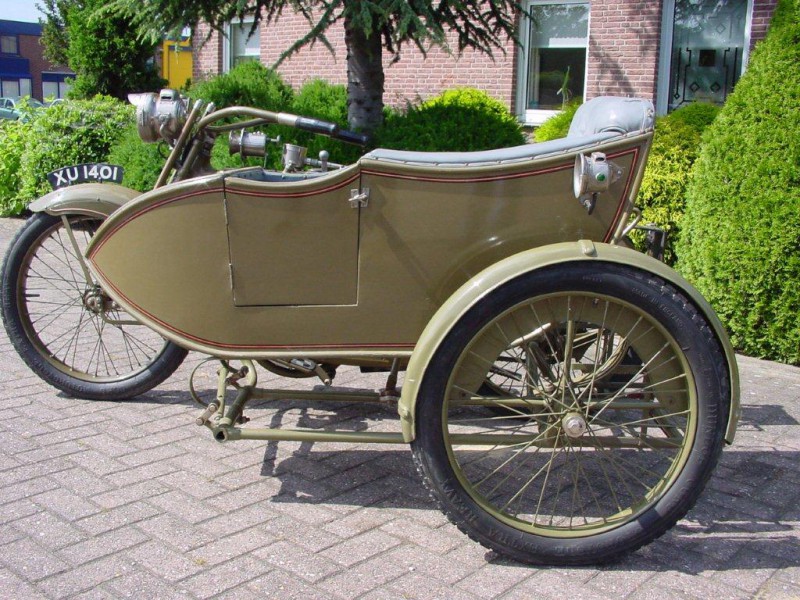 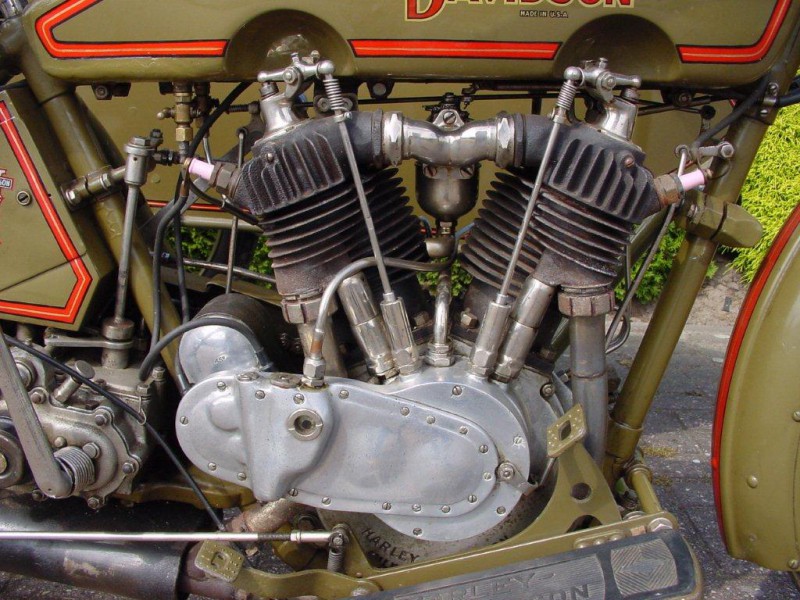 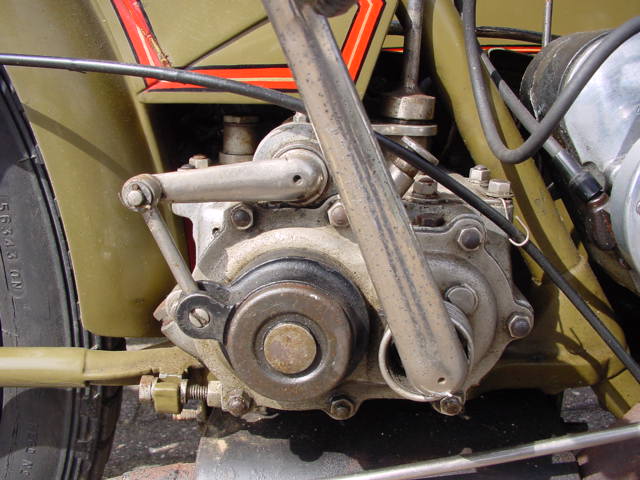 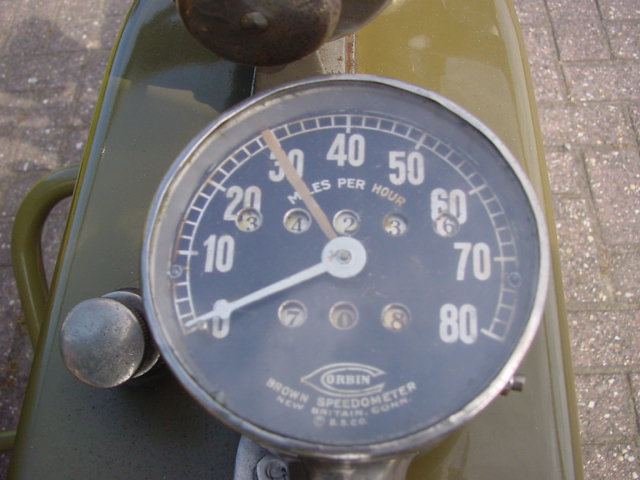 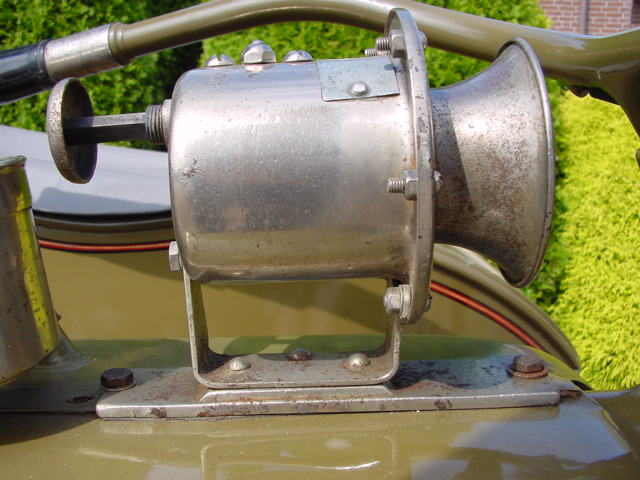 Although this machine was manufactured in 1921, it was actually only  sold in Britain in 1924.
In the twenties it was customary that Harleys that were imported in Britain were equipped with British-built sidecars, lighting systems etcetera.
Hence the non-factory sidecar and Lucas acetylene set.
This nicely restored vintage HD comes complete with Corbin speedometer and genuine British  top-tube mounted horn.