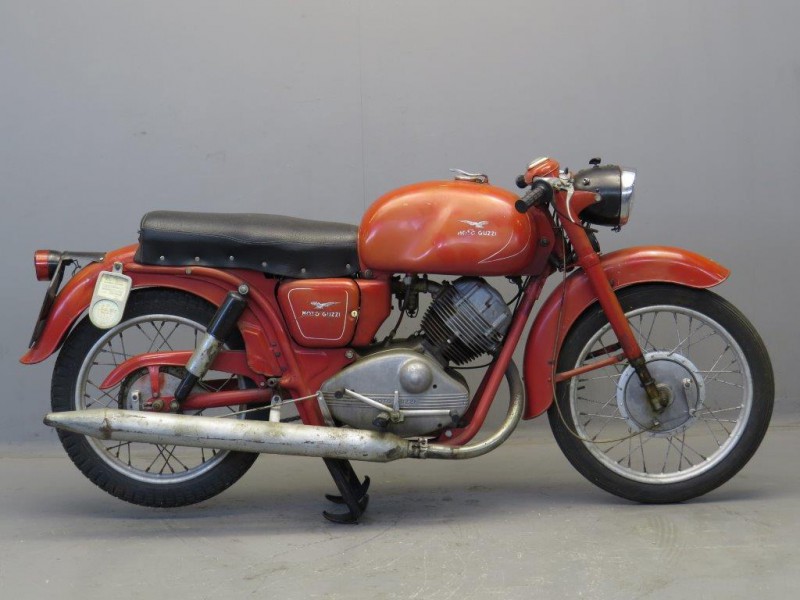 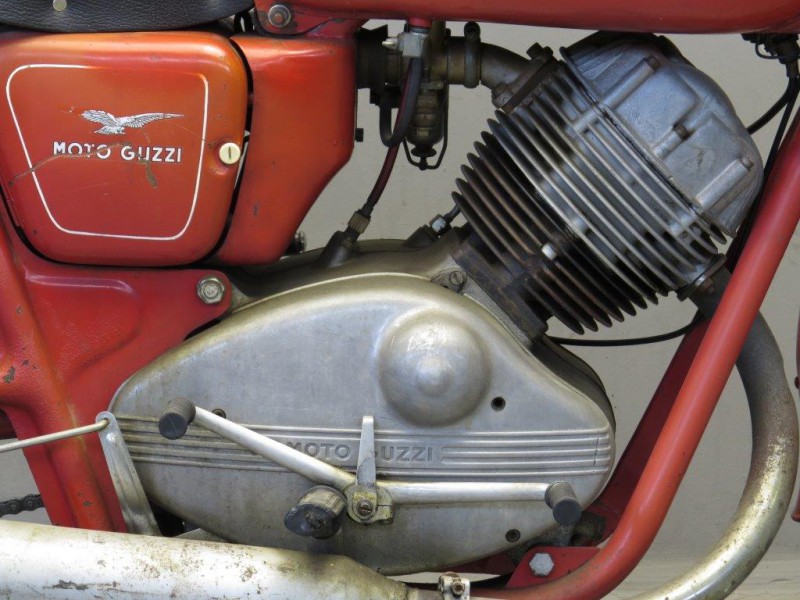 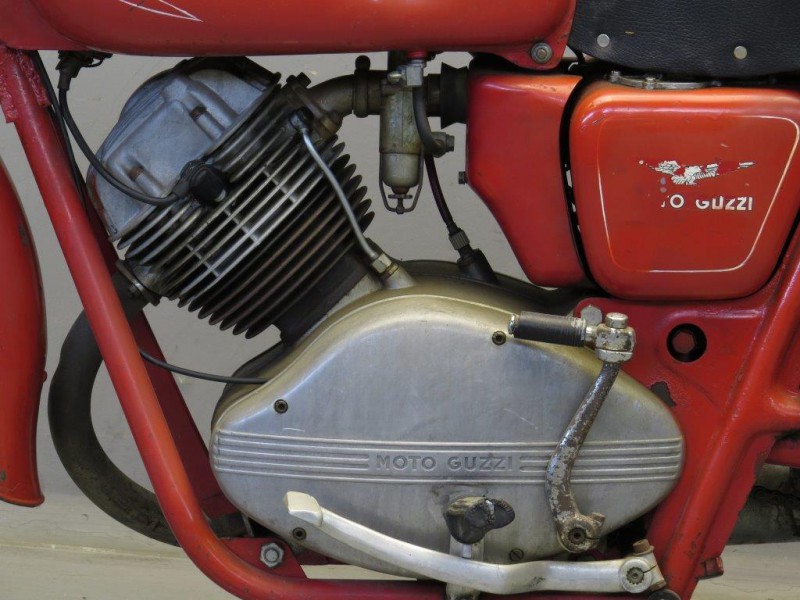 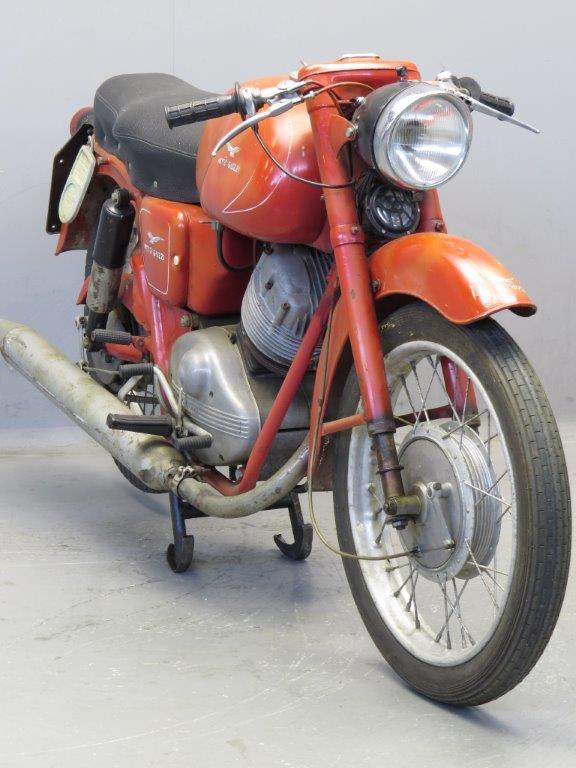 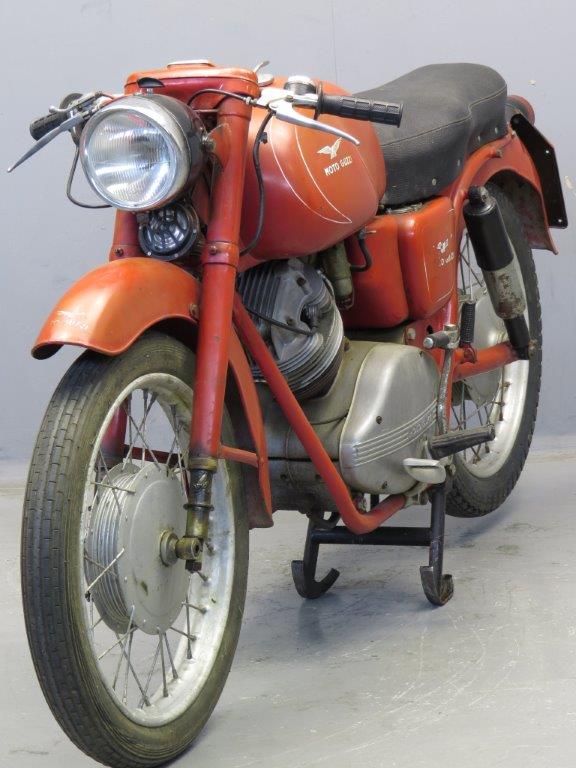 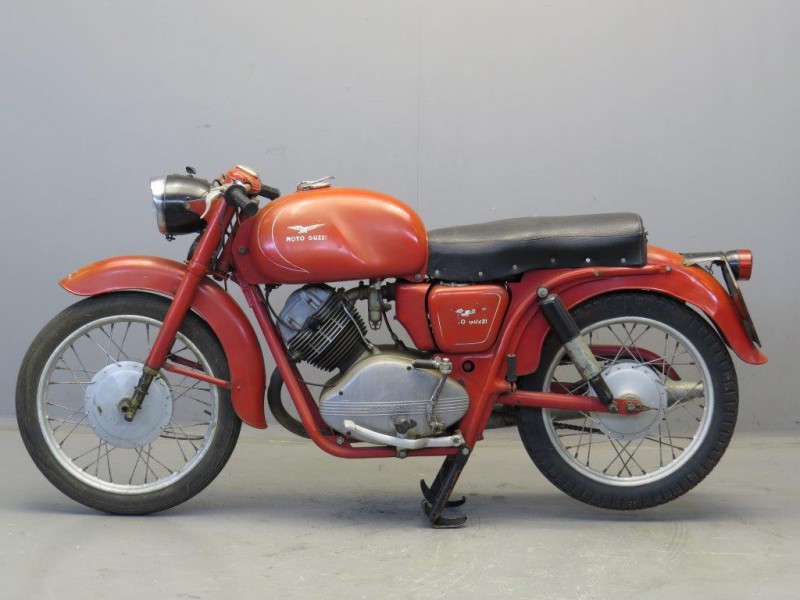 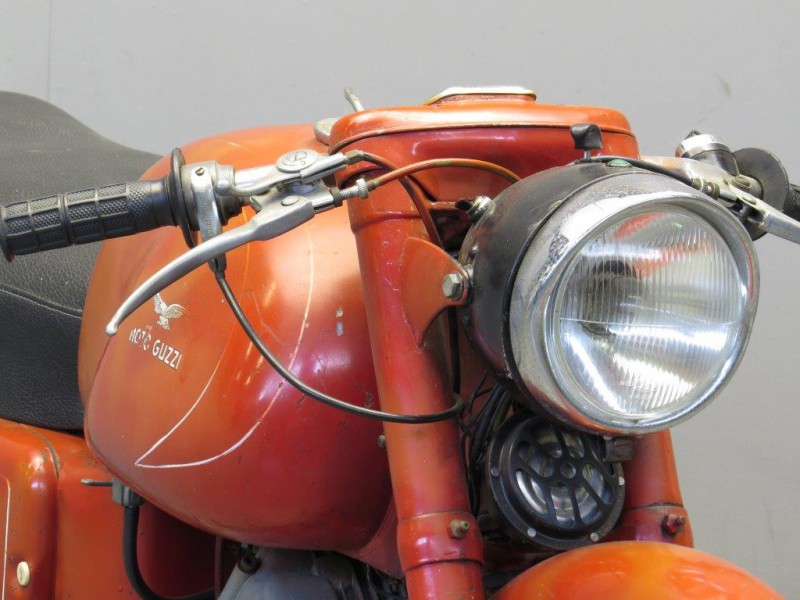 Moto Guzzi Lodola 235cc
The Lodola was first presented in 1956 and was in production until 1966.
It was a considerably different design than the models up to that time with horizontal cylinder.
It initially had 175 cc, and 235 from 1959 onwards.
One of its many characteristics is the 2 mounting positions for the rear shocks on the frame, giving the ability for 2 settings in spring rate and shock absorber hardness, for better adjustment in the bike's current load.
The engine is an OHV design with the cylinder sloping in a 45 degrees angle.
This Lodola appears in original condition, unrestored and  functional.
With the usual safety checks and recommissioning she will be quickly ready to hit road.