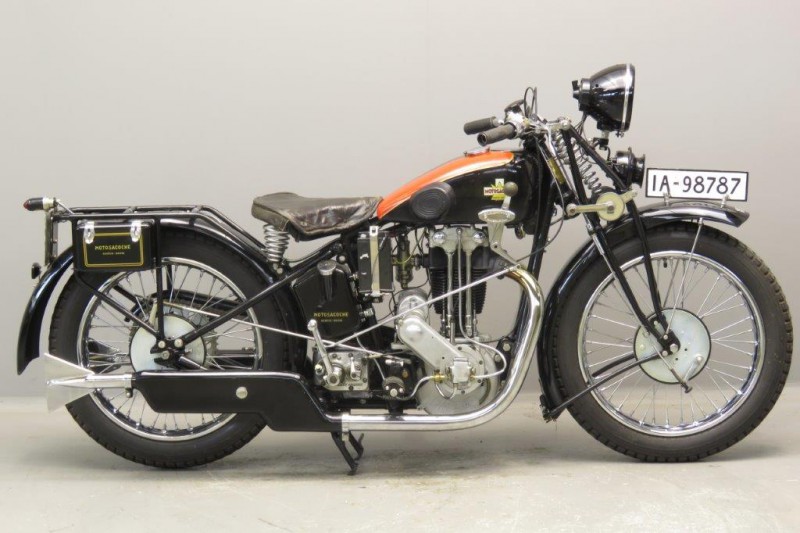 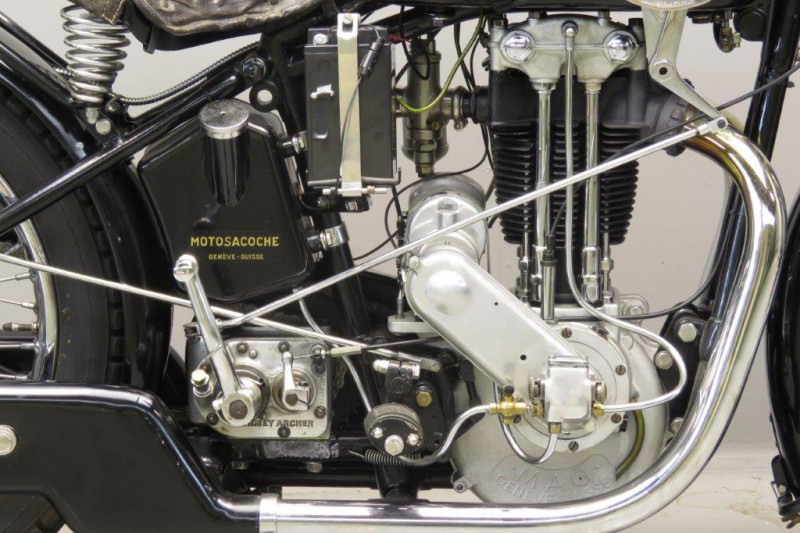 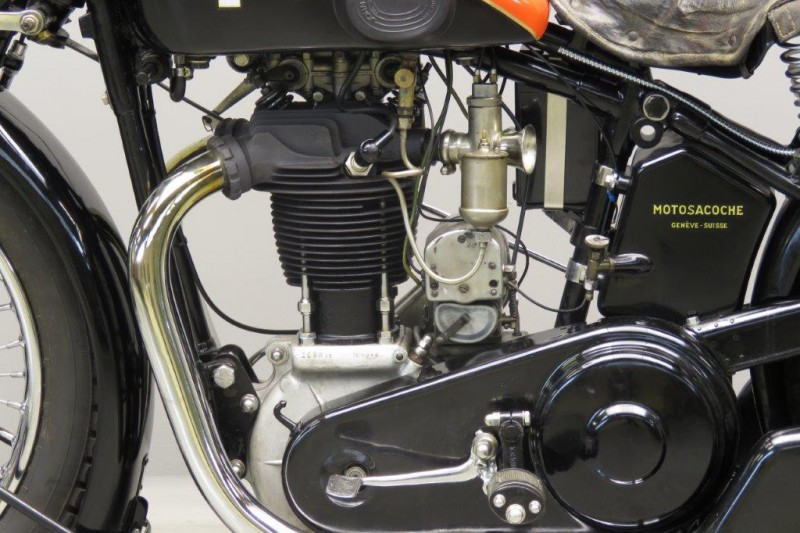 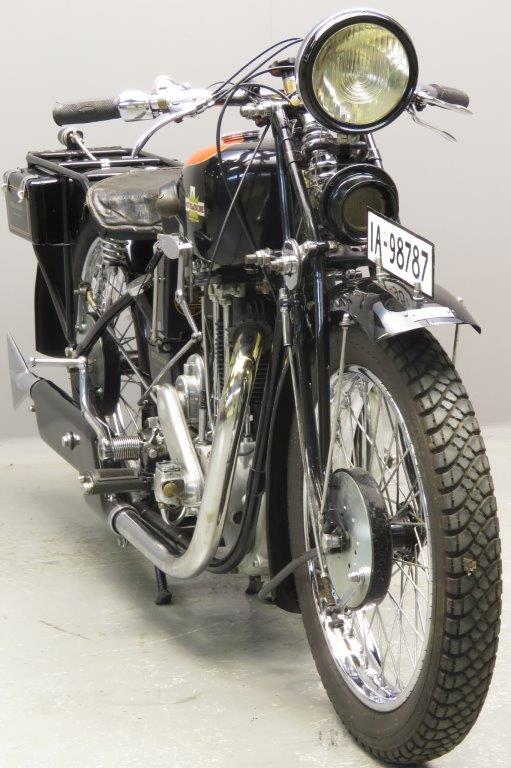 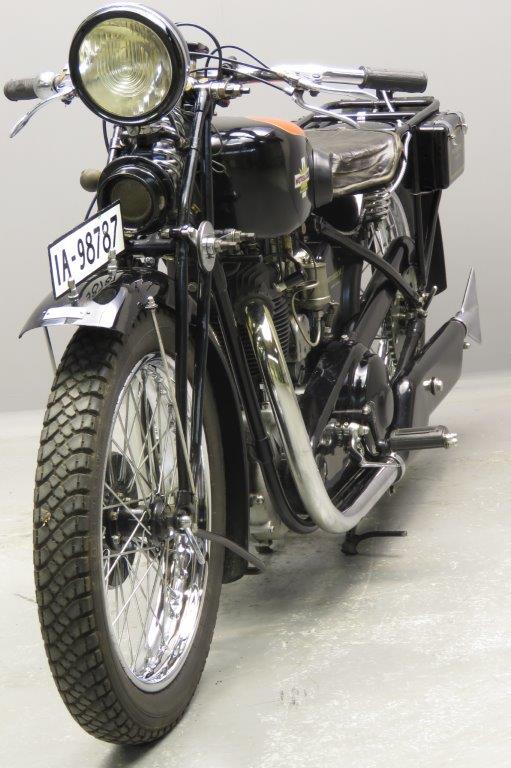 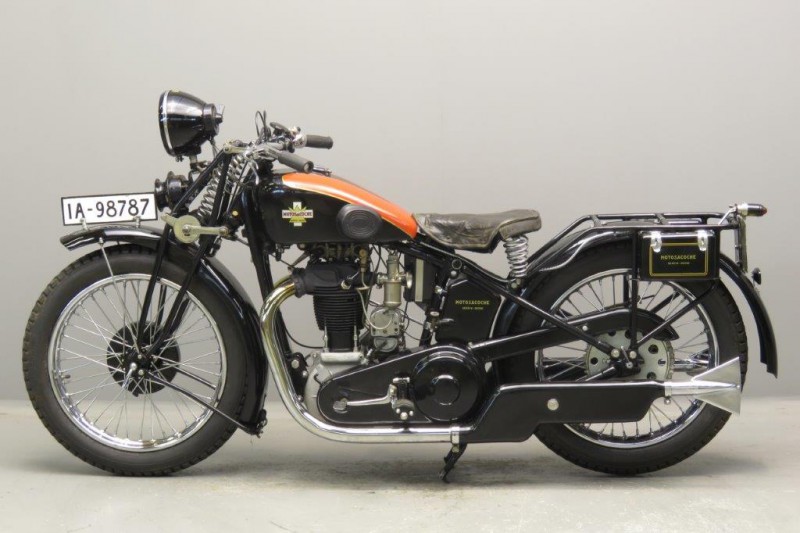 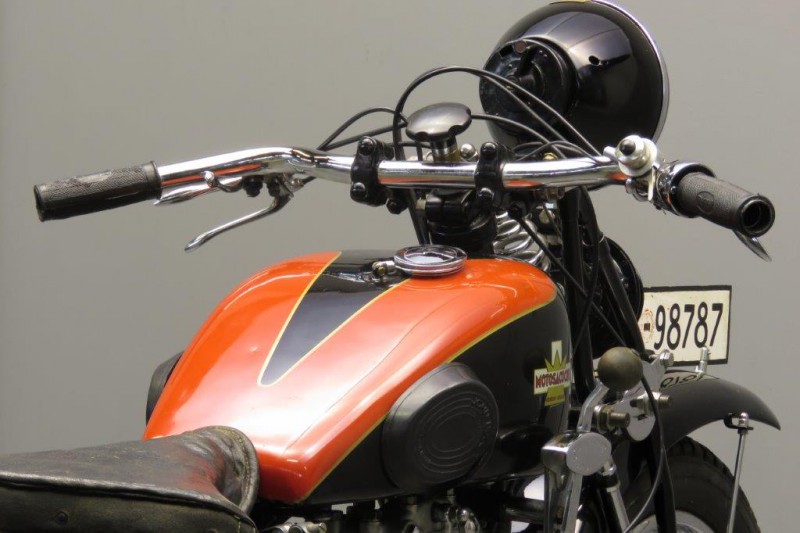 In 1899 the brothers Henri and Armand Dufaux from Geneva, Switzerland, designed a little four-stroke engine.
This compact unit could be bolted into the frame of any ordinary pushbike: The “Motosacoche” -which approximately means “engine-bag”- was born!
Very soon the quality and practical utility of the invention became known even far beyond the Swiss territory.
Gradually the engines became bigger and more powerful, twin cylinders were produced and the initial idea of a motorized pedal-bike was given up.
The factory built complete motorbikes under the “Motosacoche” label, but kept on selling M.A.G. (Motosacoche/ Acacias/ Genève)-engines to many well
known manufacturers in France, England, Germany, Austria and Italy.
The 1929 range consisted of five models: a 250 and 500 in the “Tourisme” range fitted
with  inlet-over-exhaust  engine,  a 250 and 500 in the “Sport” range with OHV engine and a 750 cc  IOE V-twin designated as “Grand-Tourisme”.
The 414 was the flagship of the sports models and was fitted with a 82×94 ohv engine  for which the company claimed a power output of 20 HP@4600 rpm.
The machine is fitted with a 3-speed Sturmey Archer gearbox and has Bosch electrics,
Amac carburettor and 200 mm diameter brakes fore and aft. Fuel consumption is 3½ litres per 100 km, oil consumption one litre per 500 km.
This fine sports model is an older restoration and the engine runs fine; note that the fronts forks and lighting system will need some attention.