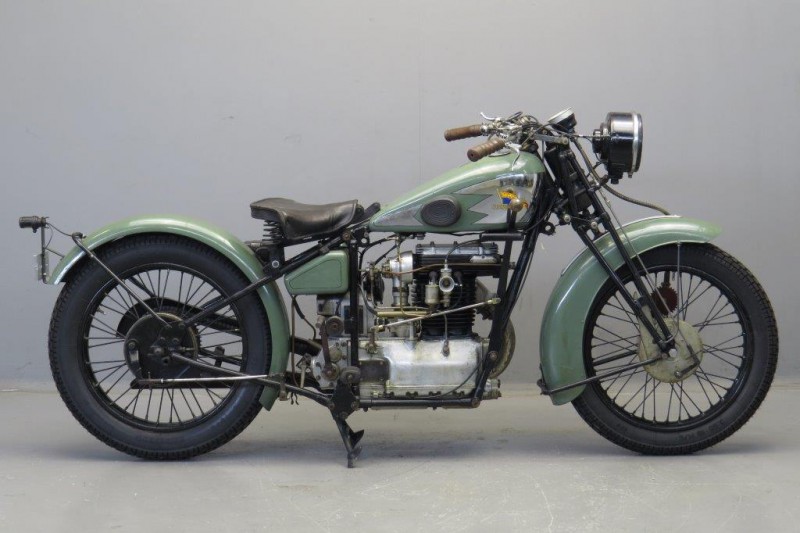 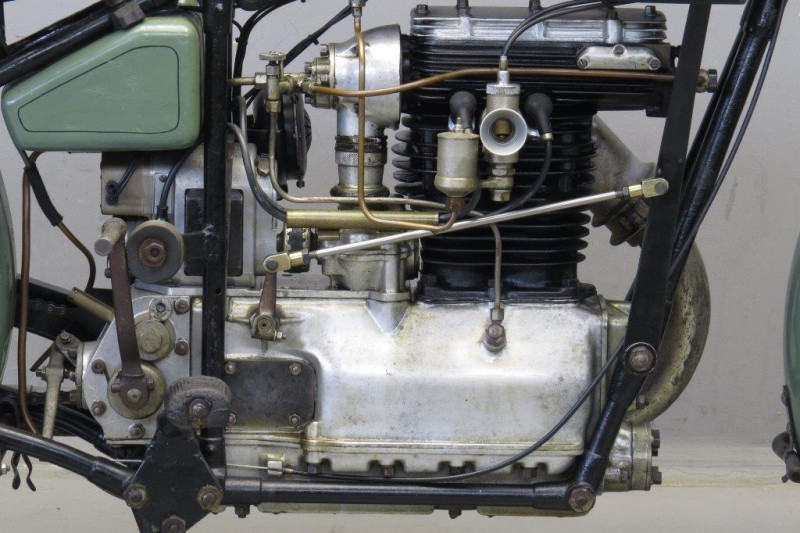 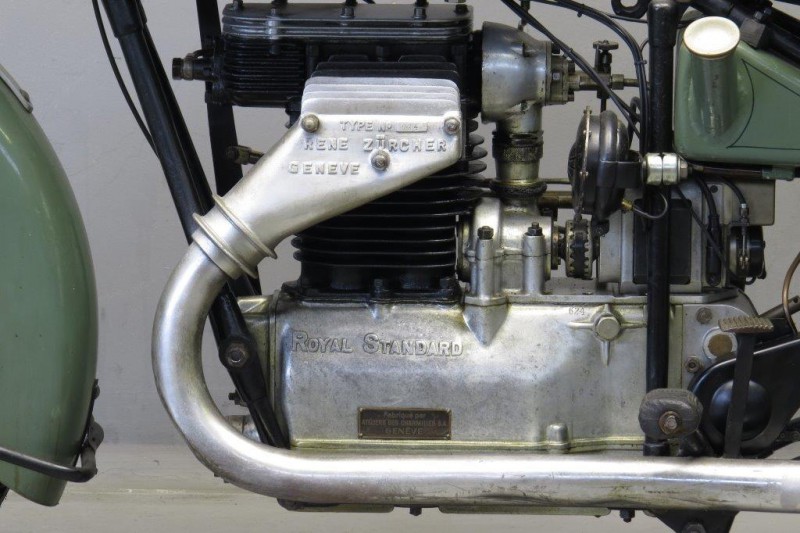 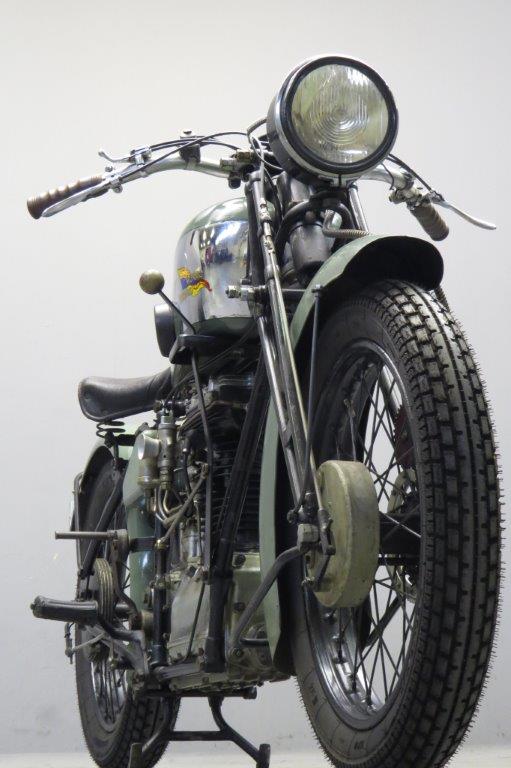 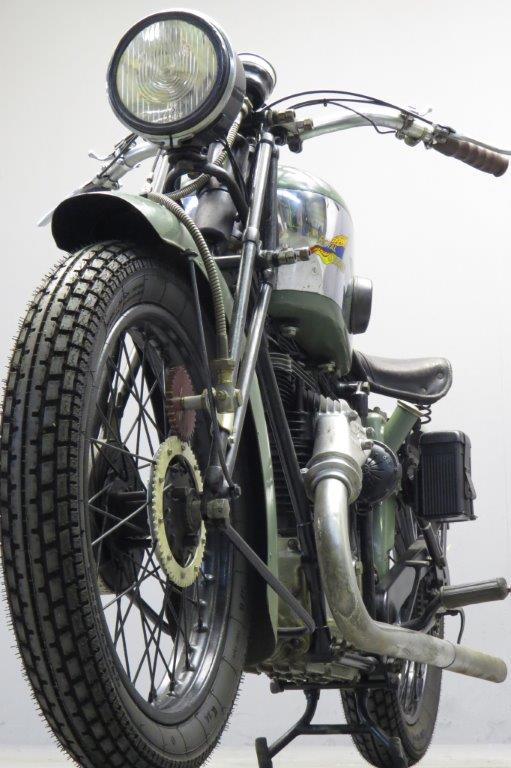 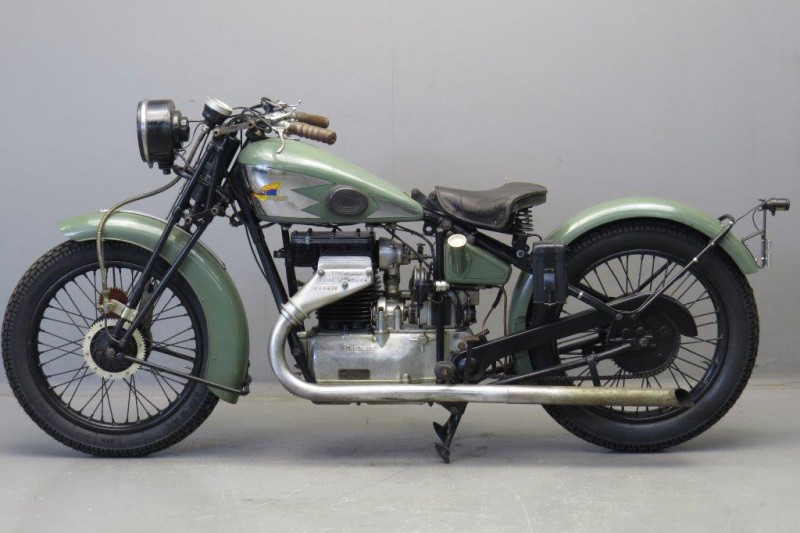 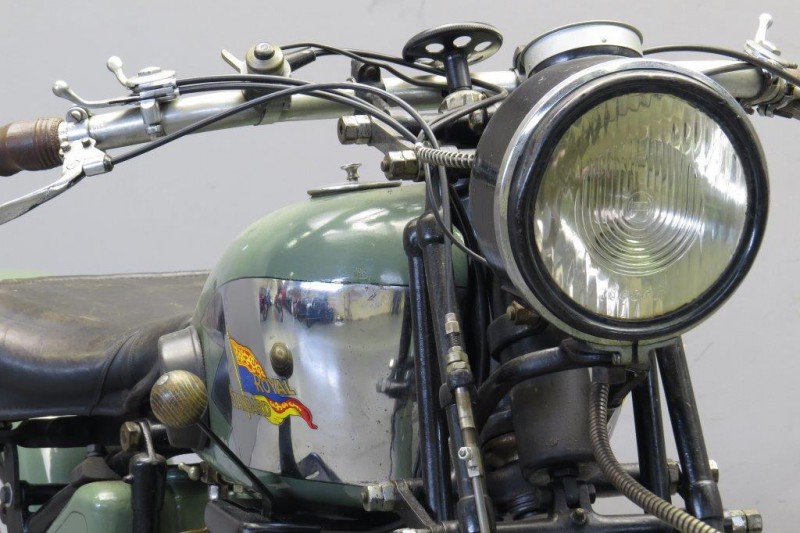 Royal Standard motorcycles were made in Geneva  between 1928 and 1932.
They were marketed by the firm of Panchard &Co  and sported an unusual vertical 398 cc twin engine.
This was designed by René Zürcher and built in the Zédel factory which was also situated in Geneva.
The engine was built by Zürcher exclusively for Royal Standard.
The unit-construction engine with bore x stroke of 60×73 mm was a parallel twin with overhead camshaft.
The design was ahead of its time and the customers were not really waiting in line; the motorcycle cost 2200 Swiss Francs when it was brought out and by 1930 the price was reduced to 1450 Francs, but to no  commercial avail: in 1932 the production ended.
It is estimated that only a few hundred machines have been built, of which an unknown number still exist.
This rare and technically highly interesting vintage machine is fitted with 30 W Bosch magdyno, Eelva saddle and OTA speedometer.